Skip to content
What does a Conservative Majority mean for IR35 Reform?

What does a Conservative majority mean for IR35?

December’s 2019 General Election result outlined the pain points for voters across the electorate. With many Labour stronghold constituencies along the North of England swinging to Conservative control, it’s clear that the Brexit-centric Conservative campaign and primary aim to ‘get Brexit done’ was a crucial factor in determining the Conservative’s biggest majority since 1987.

However, outside of a clear Brexit plan it is difficult to know exactly what else we can expect from the Government over the course of the next five years, particularly within the employment sector with regards to legislation such as IR35.

What we know so far

Throughout the run up to the election, IR35 reform remained a particularly quiet subject for all of the major parties as Brexit took centre stage. IR35’s April 2020 changes, which aims to shift the responsibility for assessing the tax status of contractors to the company that hires them, has already had a significant impact. Some large firms, including many of the country’s biggest banking organisations have asserted a blanket ban on engaging with all contractors following the changes set for April 2020.

During the run up to the election, Sajid David, the now re-elected Chancellor of the Exchequer, stated ‘I value the work of consultants and I want to make sure that the proposed changes are right to take forward.” Despite this, it was only the Liberal Democrats and Scottish National Party who explicitly stated a review of the legislative changes in the manifestos. Should Sajid Javid choose to assess the feasibility of IR35 reform going forward, his findings may well concur with 87% of accountants who believed IR35 in its current state would have a negative impact on the industry. 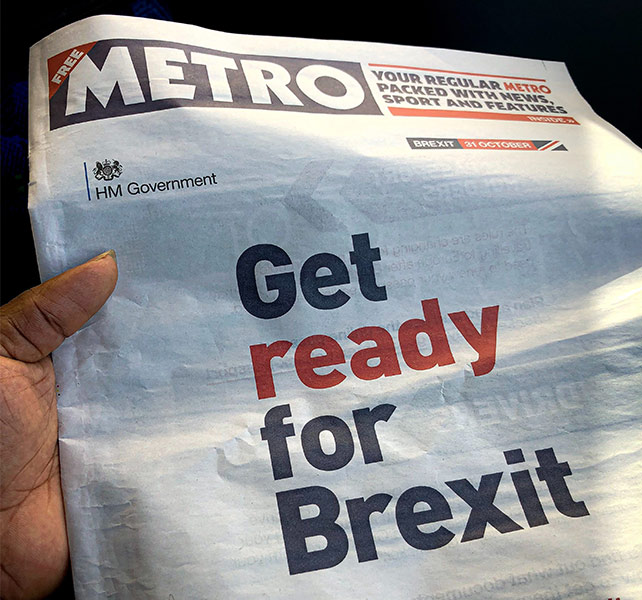 “We need a review of IR35 as a matter of urgency, as the uncertainty is having a crippling effect on the livelihoods of many contractors as well as impending hiring decisions by firms. We are already seeing an increase in the number of contractors turning to us for advice on closing down their limited companies. Decisive action is needed now.”

The Conservatives proposed ‘points-based Immigration system’ is also still in need of more clarity, and any continued economic uncertainty of Brexit could also shake up the employment landscape. With a skills shortage already costing UK organisations £6.3 billion, it’s seemingly vital that efforts are made to promote high-skilled foreign workers coming the UK to keep our economy thriving. The deadlock of Brexit has also been a continuous blockade in allowing the United Kingdom to progress and give consideration to other issues. The Conservatives Brexit plan does indeed push us to the next stage, and allows the government to begin expanding their focus onto other domestic issues.

At this stage it is impossible to say exactly what will happen after April 2020. Many experts are expecting a postponed deadline for IR35, and some are foreseeing its cancellation altogether. At this stage, it is clear that the new Conservative majority government has an interest in reviewing the changes, and are likely to assess what impact IR35 truly will have on Britain’s unique flexible workforce.

It’s still uncertain about whether IR35 reform is imminent, and how this may take form. One thing that’s certain is that if you are a contractor who is still yet to take action regarding your IR35 status, speak to Procorre today on 020 3432 0480 and learn about the unique support that we provide.

This website uses Google Analytics cookies to track the website’s performance and user behaviour. The following are the cookies installed by the service:
ebGAClientId
eblang
GPS
_gid
_gat_gtag_UA_50811345_1

These cookies are used to monitor and enhance user performance:
AMP_TOKEN
YSC
_gat

This website uses a variety of third parties to measure and track the effectiveness of advertisement on the website. Cookies used are the following:
NID
mgrefby
sp
AS
ss
mgref
VISITOR_INFO1_LIVE
IDE